When the choir left the Philippine airport, they bumped into local celebrity Carmina Villaroel. And upon arrival in France, the first concert was at the church of St. Michel de Roubaix. This was followed by a discussion with the children of Mary Help of Christians School. They signed their first autographs, too!

The following day, the children began their day with a visit to the Museum of Modern Art in Villeneuve d’Ascq to discover the exhibition Aloïse Corbaz. After taking a rest, they began their rehearsals at Espace Gérard Philippe, Wasquehal.

The welcome address and the first song was presented to Dominique Lemay, the founder of Virlanie Foundation. This first concert was filled with strong emotions, tears, smiles on the faces of members of the audience that the children won over. For the finale, Elizabeth, the mother of Dominique, did the presentation of roses. The children in the choir distributed the flowers one by one.

In Nancy, the pupils of the primary school Didion Raugraff waited in the gym for the choir to arrive. When they finally did, they were greeted with applause and was welcomed by Mr. Philippe Turi. The students sang “Take a Child by the Hand,” and invited the children of Virlanie to join them in song.

Before going back onstage, the children shared a moment with the students and met with their host families. For the second concert in the tour, the children had the privilege to sing in the great rooms of the Hotel de Ville de Nancy. For the second night, people stood up to salute the incredible performance of the choir.

The children made a round trip today in Metz to sing at New Temple. The choir gave a great performance again at Temple Neuf, Metz. They were also invited by EMI (Medical-Educational Institute), a facility for children and young adults (aged 9-20 years old) with disabilities. This invitation follows the partnership created between VFI and the IRTS (Regional Institute of Social Work). Thirty children had prepared their songs and in return, the choir offered them a song. The EMI Children were speechless, touched, and wide-eyed.

In Mulhouse, a welcoming committee was waiting for them, composed of all the people who organized the event with great care. After a rest at the Saint Joseph Children’s Home, it was time to begin rehearsals and meet the girls and boys of John XXIII College with whom they shared three French songs during the last part.

The concert at the St. Francis of Assisi was very warm and the audience listened to the voices of the children in rapt attention. A surprise awaited them during the meal at the end of the concert: a woman from the Filipino community of Mulhouse had prepared adobo (traditional Filipino dish) for everyone!

The next day the children attended the Sunday morning mass. They enjoyed their day of rest and spent their afternoon in Mulhouse Zoological and Botanical Park. It was a beautiful moment of relaxation before heading back to Belfort.

Upon arriving at Belfort, the choir went directly to the People’s House where the concert is scheduled for 8:30 p.m. After preparing the instruments and costumes, they left for Saint Mary’s College where they were invited to eat in the cafeteria with the students. Then a visit to the Chapel followed, where the youth choir of the college sung before it was the Virlanie Children’s Choir’s turn to sing. Spectators once again were surprised by the beauty of their voices.

On the way to Lyon, the bus stopped for a brief sightseeing at the sculpture of the lion of Belfort that the children saw on a postcard the other day. They were very excited to see this impressive sculpture.

Then they reached the immense Parc de la Tete d’Or just in time for lunch offered by Mr. Georges Deschamps and carefully prepared by the volunteers who welcomed them. The children happily lay on the grass and soaked in the warmth of the sun. There was a small train ride in the park to show them the greatness and beauty of this quiet corner in the middle of the city. The bravest among them walked to admire giraffes, lions, zebras…

Then it was time to depart for Tassin-la-Demi-Lune; the rehearsal was at the Atrium. While the children were dressing up and doing their makeup, Mayor Pascal Charmot who allowed the choir to sing for free in this beautiful theater, met the team from Virlanie and the Franco-Philippine Friendship Association as well as the volunteers who have worked to organize everything.

The next day, from Puy en Velay the bus crossed the city of Lyon and the children were amazed at the Basilica of Notre-Dame de Fourvière, the architecture of the buildings along the Saone and the Confluence Museum.

The choir went to the small village of Baissac at the heart of a green countryside at least 130 km from Lyon; the children got the chance to breathe fresh air. The sight of stone houses and fields fascinated them.

A former volunteer in Manila, Thomas, a native from the village, organized the date and the arrival of the bus. The host families were present and an exceptional buffet was cooked—the nice smell lingered even before entering the church, which that day served as a canteen. The oldest woman in the village, 98 years old, said hello and the children took the opportunity to sing a song for her.

After running around in the fields, the children began rehearsals. Finally in the 300-seater room, it became necessary to add more chairs so everyone could sit!

It was a long drive on Thursday to go to Beausoleil. They arrived at 8:00 p.m., then the children were divided among their host families. There was no concert on the first day. They toured Beausoleil with the Tourist Office guide, highlighted by the discovery of the medieval village of Eze and its exotic garden. The children offered two songs to the tourists who were there. Everybody was amazed and some even said that they would come and see them upon their return from vacation. The families planned the evening, some of them brought the children to see Monaco at night.

The day of the concert was also the birthday of Ericka, who turned 15 years old. The day started with a birthday song in English, French and Tagalog at the gathering of families and children. Several visits were planned to make the most of this place that the children found very beautiful. At the Oceanographic Museum of Monaco they were able to see real piranhas, stroke the soft skin of sharks and admire a real skeleton of a whale. Before going out to eat when Mr. Zaragosa invited them, they visited the Palace of Monaco with great interest, the audio guide glued to their ears.

By 5:10 p.m., “The Centre,” a branch of the school group Beausoleil, hosted a choir concert. The children began singing “Hallelujah.” To cap off the activity, a buffet was offered at the end of the performance.

The Sunday morning departure from Monaco was a very special moment. The links that were created by the children with their Filipino host families were very strong and the goodbyes were very emotional. The appreciation song that was usually sung by the children has taken on a completely new meaning and affected the families deeply. The tears were flowing on the way to Marseille.

When the children arrived in Marseille it was raining but their enthusiasm was so strong that the choir were able to give a superb performance at the Abbaye Saint Victor. By 7:30 p.m. the concert ended and the children were invited to the Korian Retirement Home to enjoy paella amidst African background music. The bongo drumming caused the skin to vibrate as the percussionist group set the pace—the children danced, clapped their hands, and was impressed by the speed of the movement of their arms.

By noon the next day the choir was invited to eat at the town hall of the 8th, before visiting the Notre Dame de la Garde where they will sing “Ave Maria.” In the evening, they joined the concert of Filipino singer Bunny Liwanag who sang three songs for the Filipino community in Marseille.

After the 1:30 p.m. departure in Marseille, the stopover in Jacou near Montpellier was short. There was time for the children to take a nap, squeeze in an hour’s rehearsal, have a snack before they heard that the audience was already in the theater. The La Passerelle organizers, volunteers and host families have managed to accommodate the choir with open arms and appreciate the true value of their voices.

The children arrived in Toulouse at 12:00. The choir of Lèguevin School welcomed them by singing 4 songs specially prepared for their arrival. They were happy to sing for the artists that came from across the world that it showed on their faces.

In the early afternoon, The Children’s House welcomed the team from the tour, and the children took a nap in the dormitory for the night before going to meet the young people in the house.

At the heart of the Church of Our Lady of Lourdes, the children gave a wonderful performance. The evening was emotional as it was a dedication to Elodie, who accompanied the tour for 15 days. It was also a tribute to Lola Sabine, former volunteer in Manila who left us too early.

The children spent the night at the castle of Rocamadour where they were treated like royalty. A feast awaited them and then they had to rest a little before making their way to the Conservatory of Brives where they will be singing. It was a superb performance that wowed the audience.

Before heading back to the castle, the children said goodbye to Jean-Charles and his family Agathe and Nathanael Théotime, who accompanied them on the tour since Nancy and have created strong bonds with them. The group was also thankful to Pascal, the driver who was replaced by Jean-Louis that day.

On Friday morning, most of the choir attended the Mass and sang before taking the road to Agen. Many volunteers were mobilized in Agen. Everything was so organized that the children were able to eat before and after the concert and had a warm welcome waiting for them from the family for the night.

On that date, many sponsors have come to see or meet their godchildren. At this time the days kept coming faster, every day a new city, a new place to perform in, a new crowd to interact with, and a new host family—but it will forever be remembered.

Tomorrow the children will be able to breathe easier as the tour comes to an end.

The day began with a well-deserved rest after the series of concerts for the tour. On the way to Urrugne, the children stopped to discover the Basilica of Our Lady of Lourdes. As Catholics, they obtained holy water in small bottles offered by Brother Thibault Desjardin.

When they arrived at 8:00 p.m., everyone was spread among the different host families who were delighted to receive them for two days.

The next day they had a picnic by the beach. It rained unfortunately, and then they went to visit the fire station of Henday before eating at the gymnasium of the school in the city. The concert was wonderful, as always. Despite the cold, it was their voices that gave the listeners the chills but at the same time warmed their hearts. 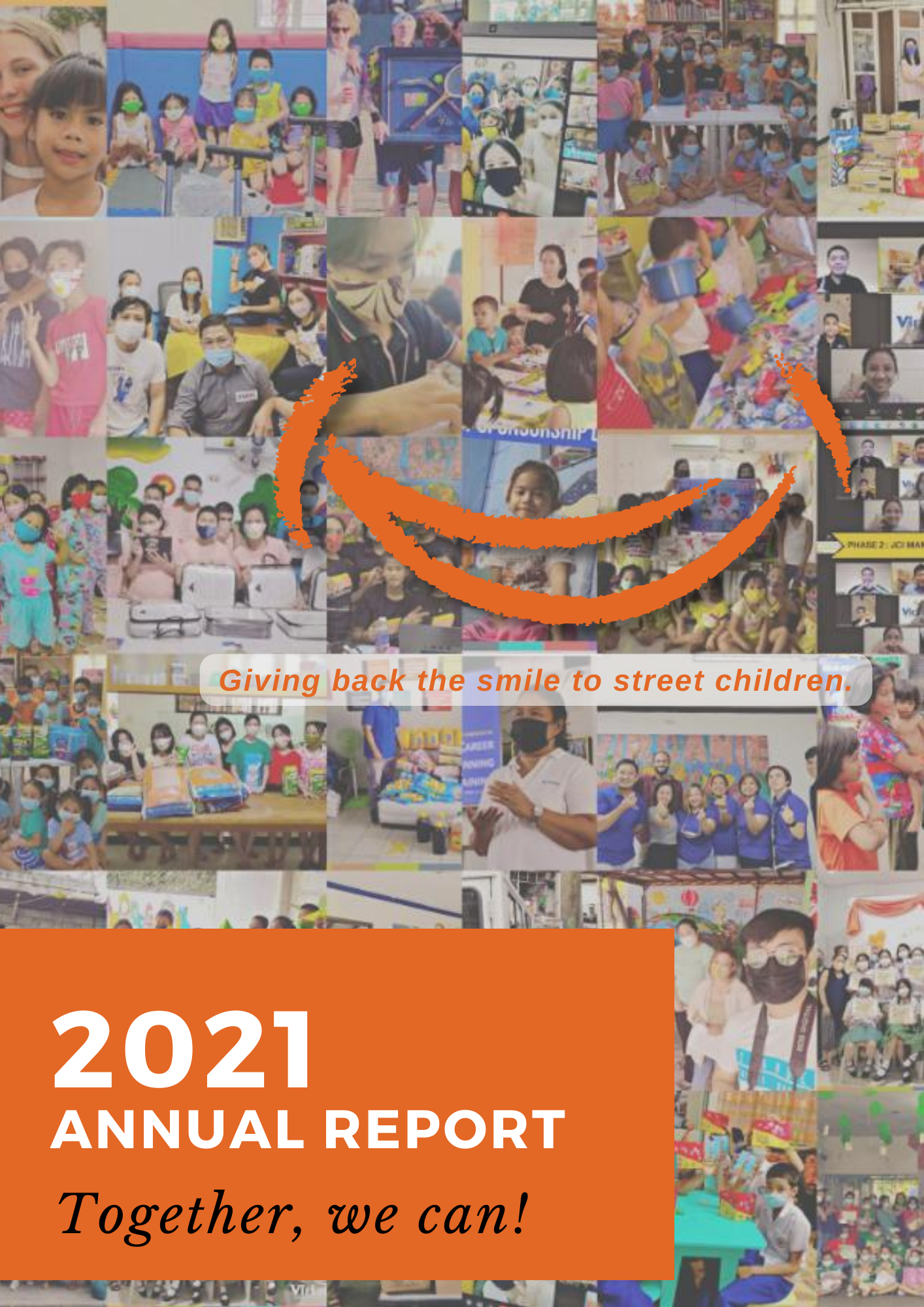 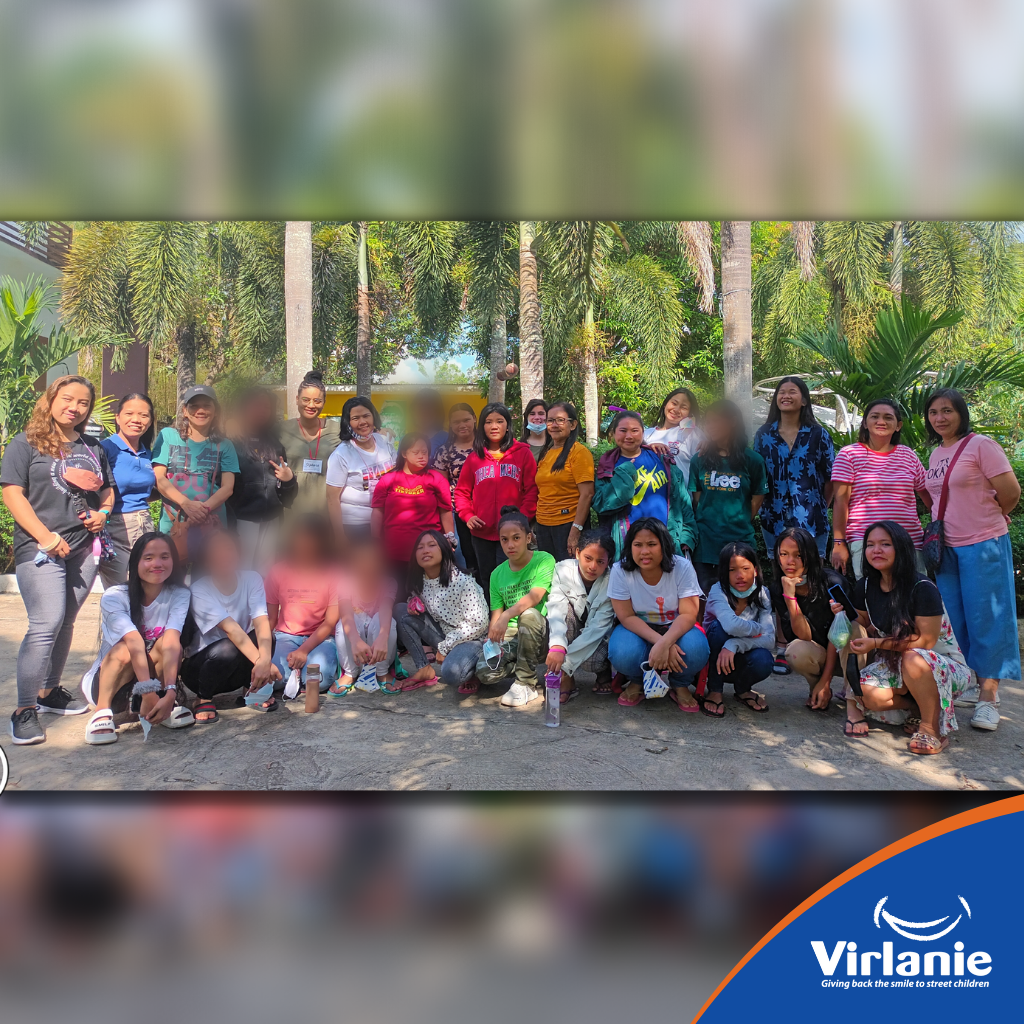